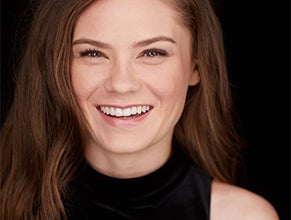 Soprano Melissa Harvey’s impressive stylistic versatility can be heard in operatic and concert repertoire spanning over four centuries.  Upcoming seasons include the role of Hébé in the US Premiere of Nadia Boulanger’s only opera La Ville Morte (1909) with Catapult Opera and a concert of French and Italian baroque music with the Cincinnati-based Catacoustic Consort in Austria and Yellow Springs, OH. Recently, she performed the role of Siren 1 in The Night Falls with American Opera Project, Drusilla and Amore in Monteverdi’s L’incoronazione di Poppea with Florentine Opera and Drusilla with Cincinnati Opera, a concert of French pardessus duets with Catacoustic Consort, and was the featured soloist in the Salisbury Symphony’s Winter Holiday is in the Aire concert.  Ms. Harvey also debuted the role of Shatzi in the world premiere of Korine Fujiwara’s The Flood with Opera Columbus.  Other 20th and 21st century works performed include Alice in Unsuk Chin’s Alice in Wonderland (NYCO) and Lucinda (cover) with Gotham Chamber Opera and Opera Philadelphia for the world premiere of Nico Muhly’s Dark Sisters.

Ms. Harvey received her BM and MM in Voice from the University of Cincinnati College-Conservatory of Music (CCM).  At CCM, her operatic repertoire included Sister Constance (Dialogues of the Carmelites), Eurydice (Orpheus in the Underworld), Lucia (The Rape of Lucretia), Papagena (Die Zauberflöte), and Amore (L’incoronazione di Poppea).  Her concert repertoire included Bach’s Cantatas BWV 78 & 79, Fauré Requiem, Mendelssohn’s Elijah, Haydn’s Missa Sancti Nicolai and Mass in Time of War, and Steve Reich’s Tehillim.  Among the scholarships and awards Ms. Harvey has received are the Dieterle Vocal Scholarship, the Baur/Powell Scholarship, the Mercer Scholarship for language study (Freiburg, Germany), and a 2009 Encouragement Award from the Metropolitan Opera National Council Regional Auditions. 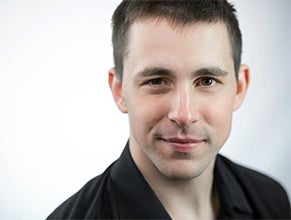 Andrew Lipian is honored to return as a "Guest Alumnus" for this production. He is a native of Cleveland, OH who has studied countertenor for 10 years with Julien Robbins. Andrew studied voice with Professor Kendra Colton at Oberlin and graduated with his Masters Student in Voice at the University of Michigan —where he studied with Stephen Lusmann. Lipian has performed the role of Oberon in Benjamin Britten’s “A Midsummer Night’s Dream” (2017) and the role of Ruggiero in Handel's "Alcina" (2019) with the University of Michigan Opera Theater , soloed with the University Symphony Orchestra and Choirs in a performance of Leonard Bernstein’s “Chichester Psalms,” and has performed in several venues in the Ann Arbor Area. Recently this year, Lipian also performed as a "Guest Alumnus" the role of Oberon in Benjamin Britten's "A Midsummer Night's Dream," at the Oberlin Conservatory of Music.

In addition to performing with numerous Cleveland-area arts organizations, including the Messiah with “Credo Music” at the Oberlin for 4 years, Andrew has soloed annually with the Cleveland Messiah Chorus since 2011. He has performed various Bach Cantata's with Emmanuel Music and Windsor Chamber Music in Boston.

While a rising undergraduate at Oberlin, Lipian placed 1st in back-to-back competitions for NATS of Ohio, garnered a top prize at the Classical Singer’s Convention (NYC), and was later a Regional Finalist in the Metropolitan Opera National Council Auditions (2013). Lipian was also just recently awarded the top prize for the S. Livingston Mather Men's Vocal Competition, sponsored by the Singer's Club of Cleveland, where he was also awarded a Master Class with Sherill Mlines. 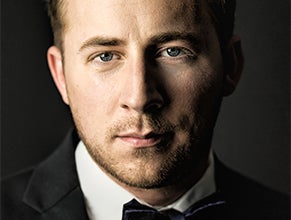 Brian Skoog is an American tenor known for his “strong voice” and “fine lyric tenor.” Highlights of his current season include The Defendant in Trial By Jury with Toledo Opera, Edmondo in Manon Lescaut with The Cleveland Opera, and Britten’s Serenade for Tenor, Horn, and Strings with Heights Chamber Orchestra. Recent seasons include leading and supporting roles with Central City Opera, The Cleveland Opera, Cleveland Opera Theater, Dayton Opera, Nashville Opera, Toledo Opera, and Utah Festival Opera. An active performer of oratorio and concert work, Skoog has recently performed with the Dayton Philharmonic Orchestra, the Toledo Symphony Orchestra, the Stambaugh Festival Orchestra, and members of the Fort Collins Symphony. He was the tenor soloist for the world premiere of Margaret Brouwer’s Voice of the Lake. Skoog completed his graduate studies at the Cleveland Institute of Music and received his undergraduate training from the University of Alabama. For more information, visit www.brianskoog.com. 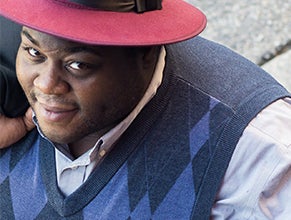 Baritone Jeremiah Sanders maintains an active schedule as a performer, conductor, and educator. In October 2019, he won first place at New York’s Opera Ebony Competition. Previously, he was a finalist in the Orpheus National Vocal Competition and received the Raphael Bundage Young Artist Award (2019), received a 1st place win with the Friends of the Symphony-Lima Symphony Orchestra Young Artist Competition (2018), a 2nd place win with the Indianapolis Matinee Musicale Collegiate Scholarship Competition (2018), and an Encouragement Award from the Metropolitan Opera National Council, Kentucky District (2016).

A native Hoosier, he received his Performer's Diploma in Voice from Indiana University (2019), Master's degree in Vocal Performance from Butler University (2017), and Bachelors of Arts degree at Manchester University (2014). He currently studies with Jane Dutton.